In 2017, Digiview debuted Jamaica’s first Mobile Surveillance Command Centre (MSCC) for hire. Designed specifically for events, the unit allows for the creation of onsite surveillance that can be set-up in record time. The MSCC is equipped with the latest Surveillance technology to ensure that the images captured are the best quality possible. Using market leading technology from TVT Technology, the MSCC has been created for use in instances where traditional CCTV set-up is logistically unfeasible or cost prohibitive.

The idea for the MSCC was born out of the Minister of National Security’s vision. He shared his vision with the security sector for a safer Jamaica through the use of technology and surveillance systems in public spaces and events. Following that meeting, the Digiview team endeavored to design and create Jamaica’s first Mobile Surveillance Command Center, to provide electronic security services for major events, outdoor concerts and festivals.

Mobile surveillance units have been used in various situations in America and Europe, including during the London Olympics. The British police also frequently use mobile surveillance command centers to monitor incidents such as public protests and large-scale entertainment events where stationary cameras are not sufficient to capture all necessary areas. Thanks to Digiview’s MSCC, Jamaica now has the same effective device to help provide better security for public spaces and events.

The MSCC is available for hire on a temporary basis. It has eight on board cameras, and the ability to stream up to 56 wired or wireless cameras back to the unit. The unit can be deployed at a few hours notice anywhere in Jamaica. 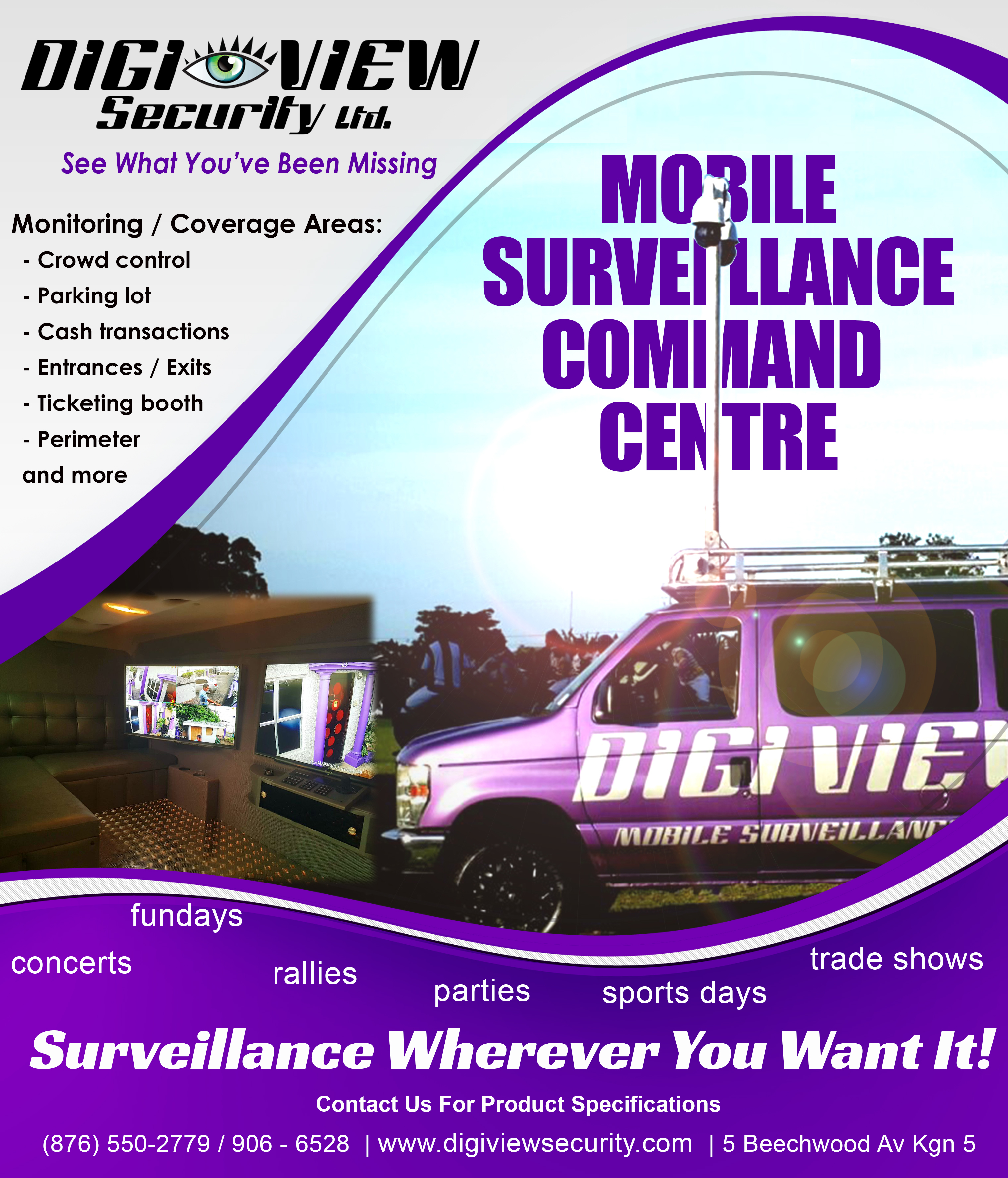